Rusted Warfare is a Real-Time Strategy game for Android and PC developed by CorrodingGames. Inspired by classics such as Total Annihilation, Supreme Commander, and Command & Conquer, the player is tasked with constructing bases, building units, and conquering the enemy while defending your resources from opposing assault.

With 10 Missions, 48 Skirmish Maps, 5 Survival Maps, and 7 Challenge Missions, there is over 40 hours of content availble to you from the getgo, with even further playability offered through the games Level Editor, a bonafide sandbox mode, and through Custom Maps and Mods that are in abundance for this game, allowing you to experience fresh content at your leisure. Finally, there are 6 AI Difficulty settings that allow you to amplify or reduce the opponents strength to better suit your skill level or preferences. 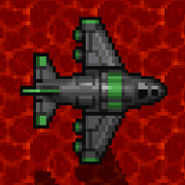 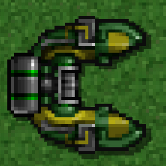 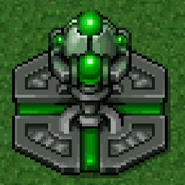 As you play Rusted Warfare, you will learn how the game works and develop strategies to defeat your opponents in Missions and Challenges. But you will inevitably grow tired of the repitition and lack of further variety. This is where mods come into play, thanks to the games policy on no microtransactions, pay to win, or even ads. You are able to download mods for free, as many as you like, and play with them in the game.

Desire more experimental units? Want infantry and more to diversify the battlefield? Want to completely change the games appearance? Mods are there for such things. Perhaps the AIs redundancy in combat strategy has you irritated? There are mods to fix that. With so many mods to choose from, the possibilities are endless for how to play Rusted Warfare.

As you learn the game and discover your strategies, you might want to try combat against an actual player, rather than an AI. Through joining public, or private servers. You can engage against your friends or complete strangers across various maps, even including custom maps you have installed. And the best part? You can play with your installed mods, so long as the other players also have those mods.

There not much to talk about the difference of the ways you play the game. You can play it on mobile and the gameplay would be more or less the same, just one major differences is the controls are reconfigured to your mobile device. The game is available on android and takes up a reasonable amount of space. When discussing about gameplay, the PC dominates this area. You can engage in large scale warfare with a decent fps and download a substantial amount of mods. About the mobile version, it doesn't require internet connection as the data is locally downloaded to your mobile device. So you don't have to sync your game to the internet and you can play it without interruptions.

Photos and videos are a great way to add visuals to your wiki. Find videos about your topic by exploring Wikia's Video Library.

Retrieved from "https://rustedwarfare.fandom.com/wiki/Rusted_Warfare_RTS_Wikia?oldid=571"
Community content is available under CC-BY-SA unless otherwise noted.